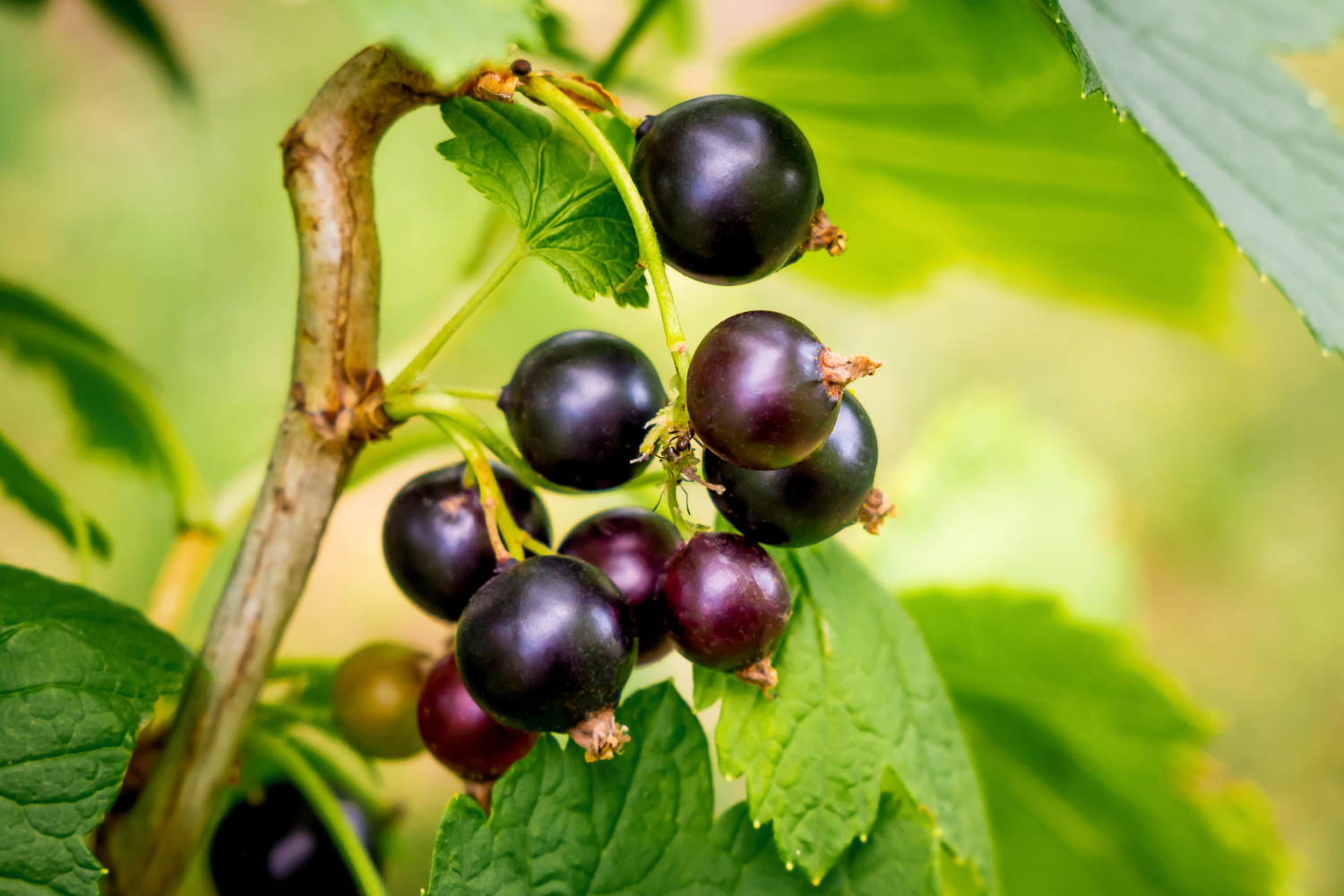 Blackcurrant is a fruit that resembles a grape—only that it has a round shape compared to an actual grape. Cultivating blackcurrant in the United States is deemed illegal. It is known to spread a fungus that disrupts its timber industry. But for international fruit eaters outside the US, this fruit claimed popularity due to its tart flavor and multiple benefits for the body.

Using the botanical approach to define the fruit’s classification—we can infer if blackcurrant and grapes reside in the same fruit category. Grapes are considered a true berry since it botanically fits the description of the said fruit: it grew from a flower-bearing a single ovary, and it has a separate skin. Other fruits that are considered under actual berries include bananas, avocados, and elderberry.

In the case of blackcurrant, this fruit is considered eudicots, a plant clade that bears fruit from a flower with two ovaries. This means that blackcurrant falls under aggregate fruit, while grape falls under simple fruit. Blackcurrant may not be considered a grape, but these fruits should be regarded as part of a balanced diet. It provides essential minerals, vitamins, and antioxidants to complement your dishes while keeping you healthy.

Is Blackcurrant and Grape Same?

As mentioned earlier, blackcurrants and grapes are two different fruits coming from two additional classifications. Grapes are considered a true berry, while blackcurrant falls under aggregate fruits. The main reason why people mistakenly believe blackcurrant and grapes as the same fruits is because of their similar dark violet color.

Blackcurrants also have a similar flavor profile to grapes. Still, blackcurrant has a deeper flavor with flowery and earthy tones in between. That is why blackcurrant works well with savory meals like wild games, pork roast, poultry, and beef. Grapes complements the flavor of delectable dishes in the form of wine, which is created through the fermentation process of the said fruit.

With this considered, blackcurrants and grapes are not the same fruit. However, you may consider the following to decide what fruit you will consider to include in your meal:

What’s the Difference Between a Blackcurrant and a Grape?

While grapes have wider popularity compared to blackcurrant, you can still consider consuming these two fruits. Since blackcurrants are also dried in raisins, people are starting to think that these fruits are of the same variant. Others believe that blackcurrant is a variant of grape.

In reality, blackcurrants and grapes are coming from different fruit families. Aside from that noticeable difference, other facts separate blackcurrant from a grape. Listed below are some of the visible differences of these fruits:

While blackcurrant is claimed to have the same flavor as grapes, it actually has an intricate flavor. The taste of this fruit changes when it is consumed raw or dried in the form of raisin. When eaten fresh, blackcurrant can have a flavor combination of raspberry, dark berry, and grapes.

If you sniff a bunch of blackcurrants before tasting it, you can observe the similar scent of the grape—but it has other tones to it. Blackcurrant’s aroma can have a combination of solid grape weaved with fresh cherries. It can appear acidic and, when rubbed within the fingers, can release sweet-tart notes of wildflower and vanilla. The blackcurrant’s earthiness can be amplified, most especially when you are smelling the dried variant.

Blackcurrant’s flavor can be best described as a fusion of passion fruit with a slight tinge of dark berry and raspberry—with distinct earthy tones. It may also have a deep grape flavor in the end, most especially if you eat it with skin intact. The seed of this fruit can be chewy, and you can eat that together with the blackcurrant.

Another remarkable insight about blackcurrant is its moisture content. Despite its small size, blackcurrant can be surprisingly moist and juicy—compared to a grape that can be a bit pulpy if taken in large amounts. Drying blackcurrant in the form of raisins gives a much complex flavor profile on the said fruit—and it can be as chewy as dried dates.