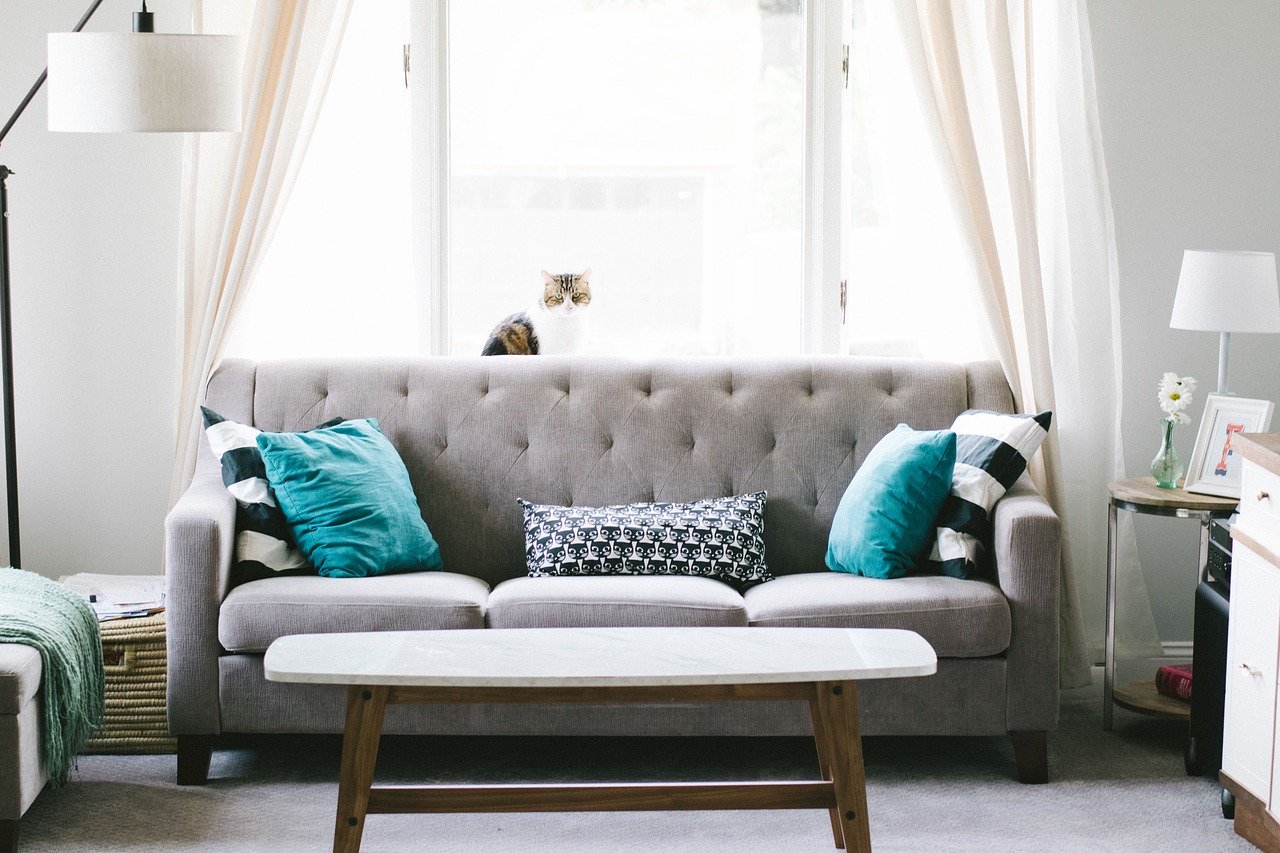 In modern parlance, there is no difference between a sofa and a couch. These terms are used interchangeably, and people would know what you’re talking about in most parts of the world.

The sofa’s general characteristic is it’s big and upholstered, and it can be used for lying down, lounging, sitting, etc. Sofas are often placed in the living room because it can accommodate two or more people at a time. However, if we look at the histories of sofas and couches, a long time ago appears to be a distinction.

It appears that the main distinction between sofas and couches is the presence or absence of arms. Sofas are supposed to have arms because they are meant for sitting and lounging. On the other hand, couches are mostly meant for lying down, so they don’t have arms. The dictionary definition of the sofa is also indicative of the historical distinction between these two terms. Dictionaries often refer to sofas as long and upholstered seats that have arms on either end. Sofas can also be converted to beds if you need to.

On the other hand, couches are usually differentiated nowadays as reclining seats that are used in “man caves.” What do retailers have to say about the distinction? Many retailers do make a slight distinction between the two terms as well. Sofas are usually the furniture that has arms and can seat more than one person.

You can ask for either a sofa or a couch when buying furniture. The critical difference, as we have mentioned, is the presence of arms. When the seat has no arms, you are likely looking at a couch. Couches are usually designed to recline more efficiently, and they are typically smaller than sofas. They might be able to seat two people, but at the same time, they’re not meant to handle a lot of people, unlike their longer counterpart, the sofa.

It can be not very clear, but furniture experts tend to lean toward the idea that people use the terms interchangeably (and perhaps unconsciously) depending on how they use the furniture. People who say that they need a sofa are probably thinking of more oversized furniture used by more than one person. If a person says “couch” or thinks about a couch, he is likely referring to a small piece of furniture that can be reclined and is generally used by just one person.

What are the different kinds of sofas and couches?

The ottoman is a type of couch that is usually paired with coffee tables. It is also known as the footstool because it’s small and is perfect for putting up your feet when you are just lounging. The name is linked to the historical Ottoman Empire, and this piece is often used as a centerpiece in what was later known as the living room of a home. As the centuries progressed, the ottoman couch or footstool was reduced in size to fit modern homes’ space requirements.

The armchair became more common in the sixteenth century as people searched for more comfortable ways to sit down. Before the armchair came in vogue, people usually just sat on chests and benches and ordinary chairs. Stools were particularly common, too, but they lacked the comfort element that armchairs provided homes. Like stools, armchairs were designed to fit just one person.

Another name for the comfortable sofa is the loveseat. The loveseat is so-called because it can comfortably seat two people for more intimate moments and up to three on average if there was an occasion at home.

The word “couch” has French origins and is meant “to lie down.” The sofa is from the Arabic “suffa.”

Sectionals are a combination of couches and regular sofas. The individual segments of a set of sectionals can be rearranged to fit the needs of the safe. You can remove parts of the set or stick them together in a boxed-in configuration if you wish to expand or reduce the living room’s seating capacity. To create more space, you have to remove and relocate the same segments.

Do Southerners Say Couch or Sofa?

Southerners in the US call the furniture a sofa, still. The general definition of a sofa is any large piece of furniture used for lying down and lounging. This is the general description of the sofa, and so many industry experts are stuck with the term for consistency’s sake.

Do Australians Say Couch or Sofa?

Like folks from North American and Ireland, Australians are more likely to refer to this furniture as a couch instead of a sofa. The word usage is the same in South Africa and New Zealand as well.

British people use the word sofa more often to refer to large furniture placed in the living room. Whether the sofa is upholstered with genuine leather or is just homey with alternative linings, they still call it a sofa. They have alternative words that refer to the same furniture piece without any strict differentiations: settee and couch. All three words refer to the same piece of furniture.

Why Can’t You Put a PC on Carpet

Can You Use Polypropylene Rugs on Vinyl Plank Flooring

Can You Use a Small Air Purifier in a Large...

The 8 Most Durable Air Purifiers

The 6 Best Air Purifiers For Germs