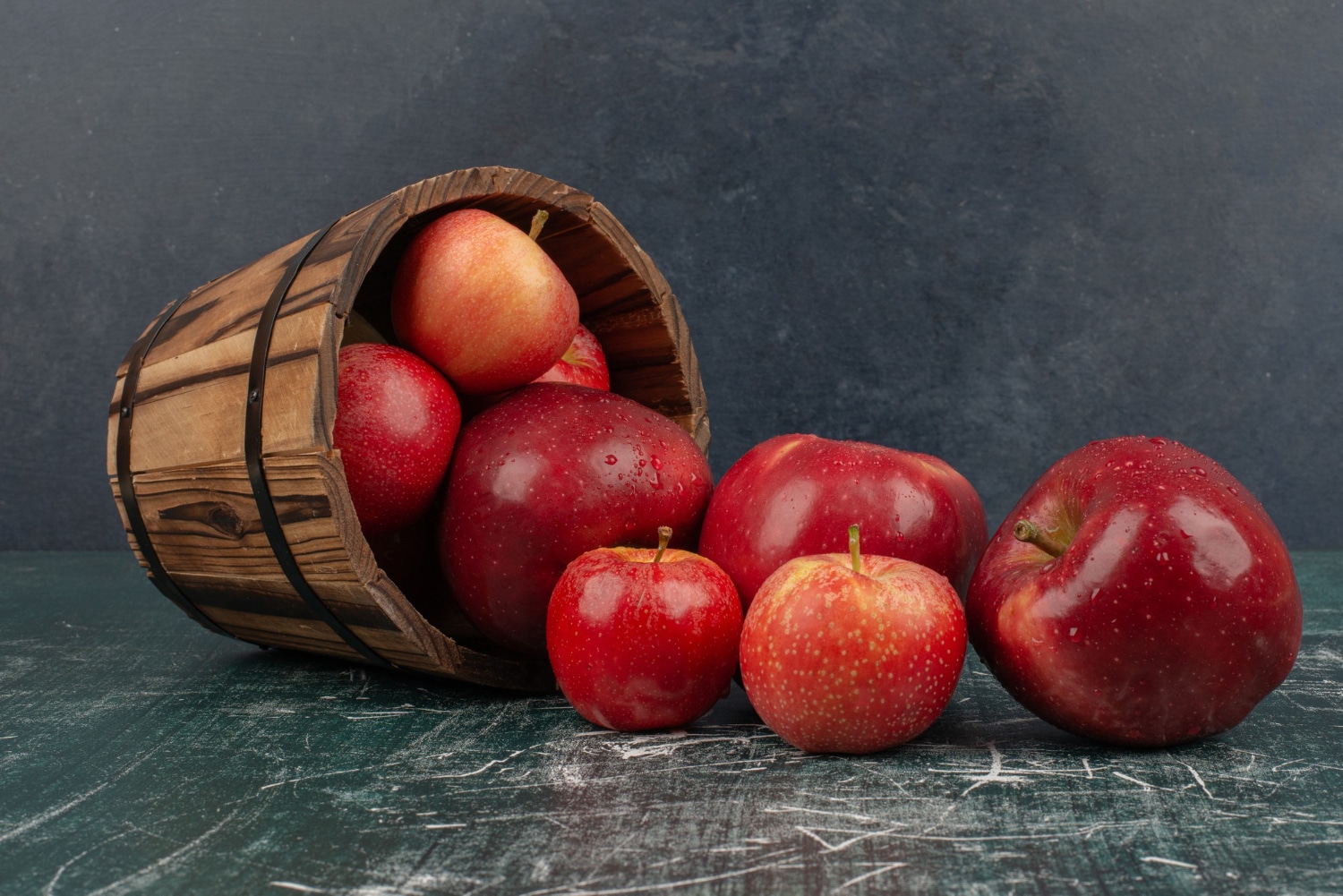 Apples are ubiquitous in every part of the world, and rarely do people stop to think whether this sweet fruit is a fruit or perhaps something else?

Are Apples Vegetables or Fruits?

Apples are consumed worldwide, and they have multiple varieties depending on where you live. Apples are the perfect pick for pastry-makers and other culinary artists because they can be stored for months before they start to turn nasty. If there ever was ideal fruit, we think it’s the apple.

But is the apple a natural fruit or something else? According to botany, the apple is a fruit, and it comes from the apple tree. From a botanical standpoint, the apple satisfies all the basic requirements of actual fruit. Essentially, the fruit is the female sex organ of a plant. It is the ripened ovary that contains the seeds of the plant. The apple is certainly a ripened ovary, and it does have roots. Therefore, it truly is a fruit. However, there are different types of actual fruit as well. The subclassification of the apple is that it is an accessory fruit.

What does an accessory fruit mean? Essentially, an accessory fruit is a fruit that develops and eventually ripens from a flower, and the portion of the flower becomes part of the final fruit formation. If a particular fruit comprises more than just the ovary, as is true for different actual fruits, we shall call such fruits accessory fruits.

If you are coming from a culinary standpoint, you may think what the culinary world thinks of apples. Are apples good fruits if you are cooking? While there are no strict precepts on what makes fruit in the culinary world, there is one particular definition that people seem to accept, and that is – a fruit is anything tart or sweet. So technically speaking, any part of a plant that renders a sweet flavor can be considered a fruit. Therefore, we can all agree that the apple is indeed a fruit, even from a culinary standpoint.

Can the apple also fall into the category of being a vegetable? According to botanists, the term vegetable is a purely culinary concept, and it is not used scientifically. The term “vegetative” does not indicate any association with the culinary word “vegetable.” So, what is the final take on the apple being potentially a vegetable?

Again, according to botanists, this is a purely subjective call since vegetable refers to any edible part of a plant. Weirdly, there is nothing wrong with calling the apple a vegetable because it is an edible part of the apple tree, right? At this point, even the rules that apply to plans from a culinary standpoint begin to lose their meaning because of the convention. Either way, we know that apples are tasty, and they belong to the dinner table, whether you think they are fruits or vegetables!

Why Is an Apple Called False Fruit?

The apple is called a false fruit or accessory fruit because it forms after a process called double fertilization. False fruits can develop from other parts of the flower, apart from the area known as the ovary.

False fruits or accessory fruits are still fruits, but they have to be taken to another category because they form differently from actual fruits. False fruits tend to start from other parts of the flower except for the plant’s ovary (but not always), and they can develop in large quantities even if no fertilization has occurred.

Some Parthenocarpic fruits can even develop without containing any seeds. On the other hand, the apple forms from the region of the flower called the thalamus, which is the main reason it is called the false fruit of the apple tree. But unlike other false fruits, apples still contain seeds that can eventually grow into more apple trees.

What Are Some Examples of False Fruit?

Some common examples of false fruits or accessory fruits are the strawberry, fig, pear, and apple.

Generally speaking, fruits can be classified in a variety of ways. Fruits can be an accessory, multiple, aggregate, or simple. Should the fruit in question form from a single carpel or multiple carpels of an ovary of a plant, we can call that fruit a simple fruit. Beans and nuts are examples of simple fruits. When numerous carpels of ovary form on the same site, what usually results is an aggregate fruit. Raspberries are considered an aggregate fruit because the formed carpels are within the same flower.

What about plants that have clusters of flowers? What kind of fruit do these plants form? In the case of clustered flowers, what happens is that the maturing carpels develop together, resulting in a unified or entire fruit. The resulting fruit is termed an inflorescence. The most recognizable example of an inflorescent fruit is the pineapple.

All fruits have several common layers, the endocarp, mesocarp, and exocarp. These three are collectively known as the mesocarp of the fruit. The mesocarp is the edible part of the fruiting body itself. However, in some cases, the seed is palatable and more edible than the mesocarp. Almonds are an excellent example of rare accessory fruits where the source is the subject of consumption and not the surrounding tissue. In most cases, the matured parts of the fruit are fused, and you will not tell which portion of the fruit came from where. False fruits can either be indehiscent or dehiscent, too.