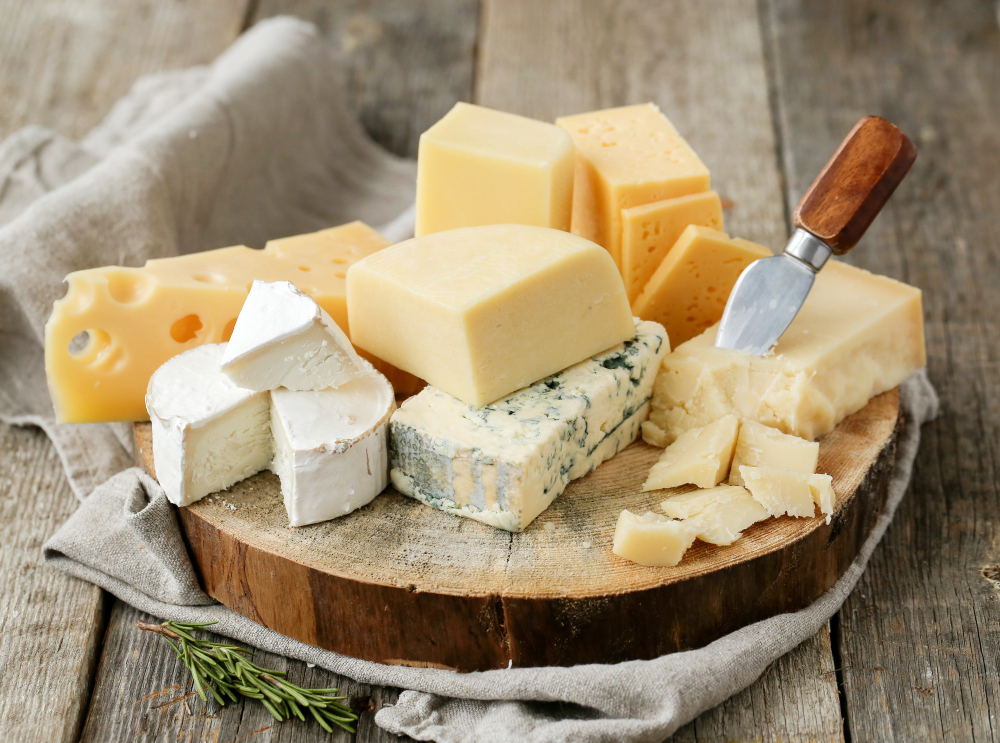 A person can only die from overeating cheese if they grow obese and develop heart disease because cheese has what’s known as a “neutral” influence on the body.

Cheddar, feta, ricotta, parmesan, and blue cheese are just a few beautiful, delectable cheese varieties. However, when it comes to cheesy treats, there is a limit.

When it comes to cheese, there are many ways to enjoy it, from the simple to the elaborate, depending on the occasion. However, this is not a food that many people recommend eating in large amounts, and overdosing will leave you feeling sluggish.

W.S. Fiddler, a man from Moose Jaw, Canada, died on December 11, 1913, after overindulging in cheese outside the Majestic Theatre in Moose Jaw. At the age of 50, Fiddler was moving some theater equipment at his death.

Heart failure was found to have been caused by acute indigestion caused by consuming an excessive amount of cheese. The exact amount of cheese consumed by Fiddler is unknown, but the news is likely to shock many individuals who have never considered the dangers of a diet high in cheese.

Can You Die by Eating Too Much Cheese?

Like any other food, cheese can be enjoyed in moderation, as previously stated. Nevertheless, how can you tell whether you’re overindulging in cheese?

Although cheese is an essential source of calcium, protein, and phosphorus, it is low in fiber and rich in saturated fats and sodium. As a result, overdosing on it can cause a slew of health complications.

To make problems sadder, a large percentage of the population cannot properly digest dairy products like cheese. If you lack the enzyme necessary to digest lactose efficiently, filling your meals with cheese will leave you with a bloated stomach.

Lactose, found in dairy by-products like cheese, can cause gas if it is not properly digested. Lactose intolerance affects about 75% of the population, which means they cannot digest lactose, the sugar present in dairy products. The dairy in the cheese board ferments in your intestines, which might result in gastric discomfort when you eat it all at once.

The danger indicator of consuming excessive cheese is self-explanatory: you will gain weight. If you find yourself a cheese enthusiast who regularly consumes significant quantities of the cheese, you may find that the pounds begin to pile on. This is most likely due to the significant levels of saturated fat that you consume regularly.

Although cheese is high in cholesterol, the food’s high levels of saturated fat are responsible for boosting cholesterol levels in people. Consuming cheese and saturated fat in moderation is not harmful to health. Add more omega fat-rich foods to your diet for better cardiovascular health and a well-balanced diet.

How Many People Have Died by Eating Cheese?

There has been a resurgence in the argument about raw milk after a recent listeria outbreak. The Vulto Creamery, an artisan cheesemaker in upstate New York, has been linked to two deaths and four illnesses in Vermont and Connecticut as of March 9.

Six persons were afflicted with listeria, according to medical records. While the outbreak investigation is ongoing, the spouse of one of the men who died has filed a lawsuit against Vulto, which has forced the creamery to recall all of its raw-milk cheeses.

While promoters of raw-milk products claim that pasteurization removes some of the cheese flavors, raw milk can house hazardous germs that can pose significant health hazards to you and your family. As a result, some retailers who sell artisanal raw-milk cheese were alarmed by the deaths. Since the recall, store owners have been discussing the matter.

Inspectors identified listeria monocytogenes bacteria in a sample of fresh cheese curd on sale in clear, unlabeled plastic bags at a Mega Mart in Manassas last year. The source of the problem was identified as Roos Foods, a Delaware-based corporation. At the time, authorities in Virginia stated that no illnesses had been linked to the cheese.

Listeriosis is most likely to affect the elderly, pregnant women, newborns, and those with compromised immune systems. People can contract the disease by ingesting raw meats and vegetables, unpasteurized milk, and processed foods like certain soft cheeses, ready-to-consume meats, and smoked seafood that have been cooked. If a mother consumes contaminated foods while pregnant, her unborn child may be at risk of contracting it.

Is It OK to Eat a Block of Cheese?

It is believed that full-fat cheese can decrease cholesterol more than other kinds of dairy, such as butter, because its components, such as calcium and the protein casein, are organized inside the ‘cheese matrix.’

This is in direct opposition to prior assertions that cheeses such as cheddar and stilton, which are heavy in saturated fat, might cause a person’s arteries to get clogged, increasing their chance of having a heart attack or stroke.

According to the cheese researchers, these findings suggest that cheese consumed as a complete product rather than an increase or as part of a low-fat diet may help keep arteries free.

In contrast to other forms of dairy, cheese comprises a membrane surrounding each of its fatty acid droplets, which may be responsible for its cholesterol-lowering properties.

In addition, the findings suggest that there was no difference in body weight or insulin levels between the individuals in the study. Furthermore, the blood sugar levels of the individuals did not change when they woke up first thing in the morning before they had eaten anything.