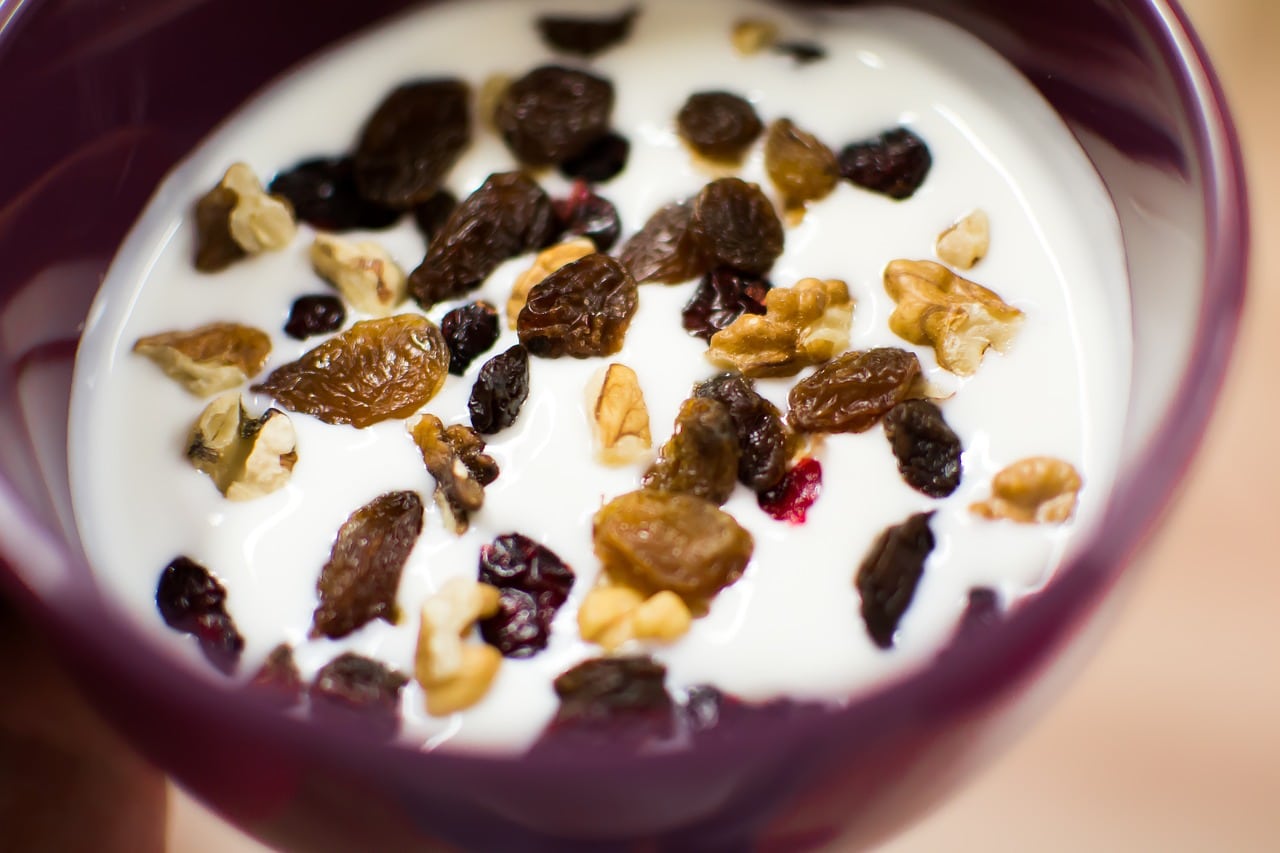 Generally speaking, no, we do not recommend buying and consuming anything that is “yogurt-covered” for simple reasons. The first reason why these foodstuffs aren’t healthy is that what you see as the outer layer isn’t yogurt.

Sure, we can argue that it has a small percentage of yogurt powder, but the rest of the ingredients are far from healthy. Manufacturers usually add a large quantity of salt, palm oil, stabilizers, artificial food dyes, and artificial sweeteners to yogurt-covered products.

Only a small amount of yogurt powder is added to bring that necessary tartness. However, if you are after the health benefits, it’s not your best option.

This warning applies to all sorts of supposedly ‘yogurt-covered foods,’ including yogurt raisins and yogurt pretzels.

However, if the yogurt is already in dried form and probably cooked alongside the raisins, the good sensitive bacteria can’t thrive.

If you want the true benefits of yogurt, then your best recourse would be to have some vanilla yogurt or Greek yogurt and forget about these snacks. Another big disadvantage of these commercial yogurt-coated snacks is the sugar load. Check the labels, and you will see immediately that they have also added a ton of sugar to sweeten the deal. It doesn’t sound healthy at all.

One serving of yogurt-covered raisins is equal to 120 calories. But don’t let this fool you – an average pack of yogurt-covered raisins packs a massive 19 grams of sugar, four grams of saturated fat, five grams of total fat, and just one gram of dietary fiber. That’s nowhere near the number of nutrients you need to judge a snack as being healthy. So be careful when picking your snacks in the supermarket, because not everything that has raisins is healthy, to begin with.

Are Raisins Good for Losing Weight?

Dried fruits, in general, are packed with essential nutrients for optimum health. However, if we extend the question to whether you should be eating raising for weight loss, you may answer yes. Here’s why: even though raisins have a natural load of sugar because it is made from grapes, that sugar is something you can tolerate compared to the amount of fruit sugar used in chocolates and other desserts.

You are going to get less sugar per serving, and on top of that you are going to get flavonoids, natural tannins from raisins, and more. The nutrient density of raisins is much higher than candy and chocolate bars, so it comes across as a healthier alternative if you want to eat something that’s sweet. The same applies to dried apricot, dried figs, prunes, etc. Always choose the real fruit over fruit snacks, and you should be fine.

Are Blackcurrant and Liquorice Sweets Vegan?