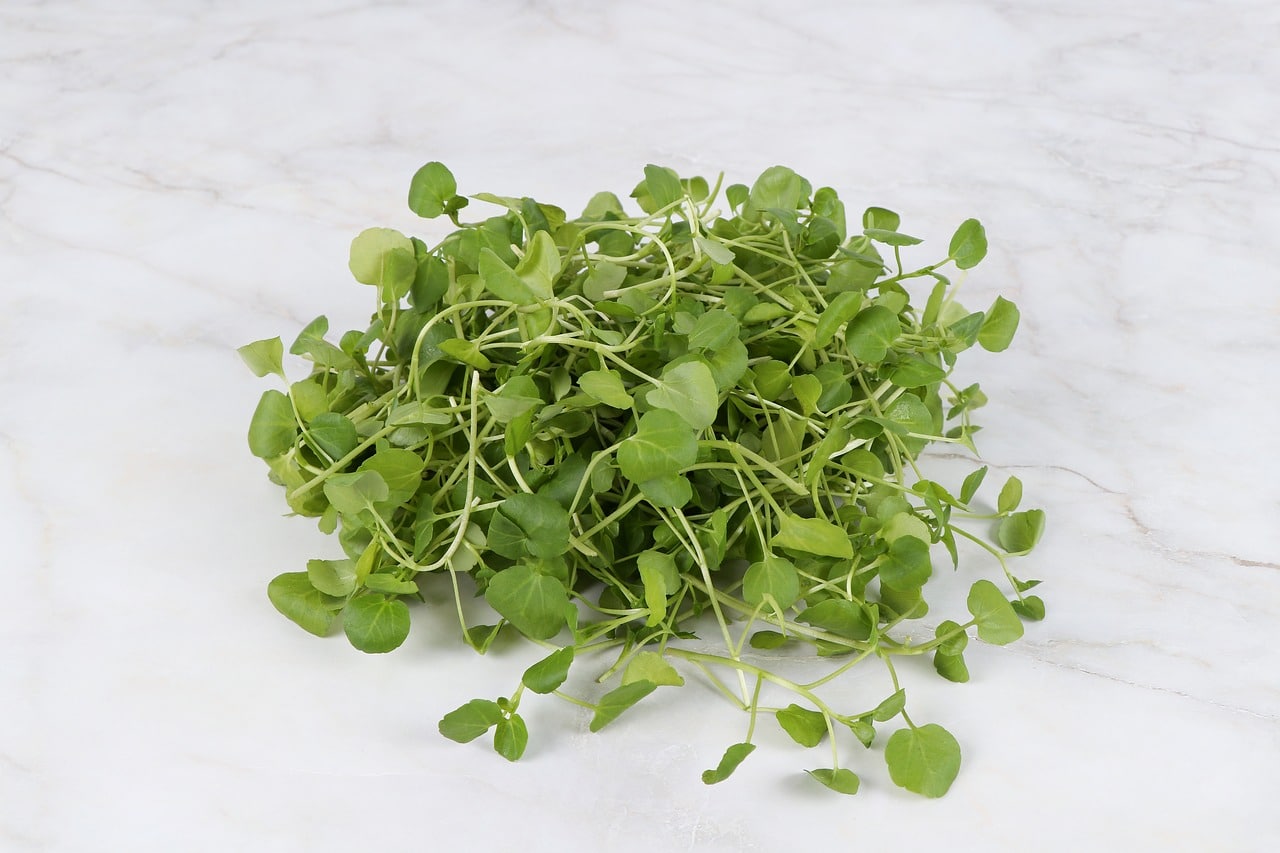 Watercress is a perineal plant often served as a vegetable in various regions in Asia and Europe.

Nasturtium officinale grows rapidly throughout the year and also holds the distinction of being the oldest plant that humans consume through the ages. The watercress is related to many unusual plants, including wasabi, radish, and mustard. The watercress plant tips are edible raw but can also be cooked and combined with various seasonings.

This vegetable is 95% water and only provides 11 calories per serving. Nonetheless, it is an excellent source of vitamin K, vitamin C, calcium, vitamin B6, and manganese. Like other vegetables, eating plenty of watercress daily will not harm your weight loss efforts but will provide healthy doses of trace nutrients.

If you are eating watercress raw, then expect a natural peppery flavor similar to the mustard flavor. People also compare the taste to wasabi, but wasabi has a fuller flavor profile, of course. The peppery flavor profile eventually recedes with the introduction of heat, so cooking down watercress will allow seasonings to influence the vegetable’s taste.

The vegetable flavor profile is well-respected in culinary circles, and watercress is often considered the balancing element in stir fry recipes, meat and vegetable stews, and soups of all kinds. We highly recommend cooking tender and younger stalks and watercress tips as the more aged plants tend to have a bitter aftertaste.

How to eat watercress?

Watercress is an all-around vegetable that is friends with international recipes. Add watercress to virtually any meal. Watercress can be used in salads, smoothies, soups, sandwiches, various sauces, pesto, other past, stir fry recipes, and dips. Watercress naturally adds a wonderful earthy flavor that completes meals.

How to Pick the Right Foods for Your Healthy Turkey Sandwich?

How to Eat Blackberries: Eating Tips to Make You Healthier