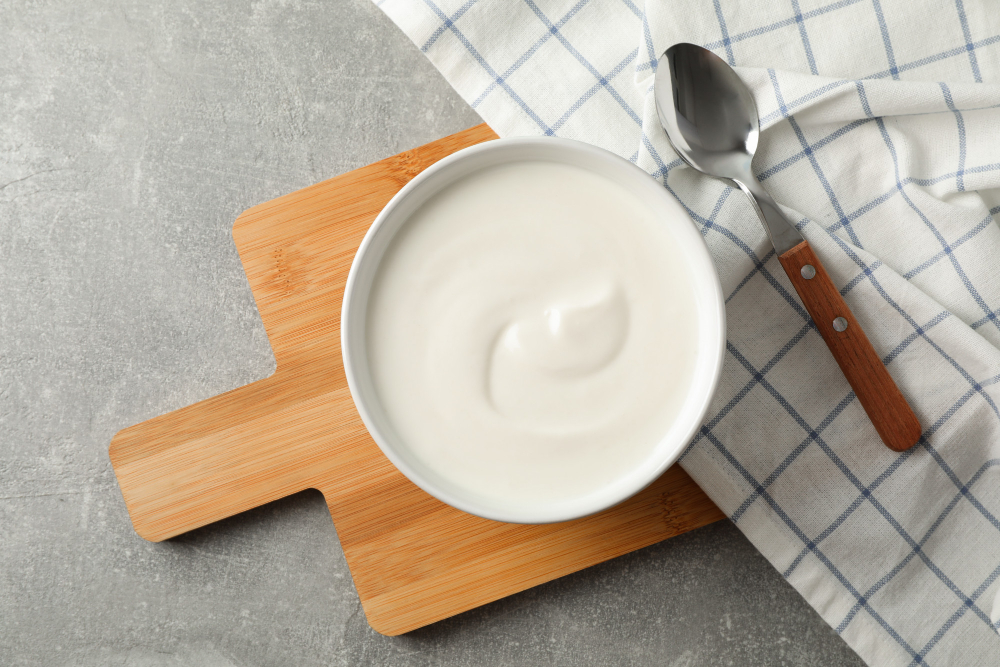 In Russia, yogurt always has been a dietary staple. In the Caucasus region, where Russia and Georgia meet, they have a particular type of yogurt called Matsoni that promotes longevity. It began with Greek yogurt. Once available only in specialty stores, it has come to dominate the yogurt aisle in nearly every grocery store over the last decade. Its achievement has opened our eyes and palates to the infinite possibilities of yogurt, paving the way for other traditional interpretations of the beloved food. You can now travel the world in the dairy department, with products from Bulgaria, Australia, France, Iceland, among others.

While this United Nations of yogurt options is exciting, it can also make shopping overwhelming. Yogurt is composed of two components: bacteria and milk. To make yogurt, you heat milk, allow it to cool slightly, add live cultures (bacteria), and allow the mixture to incubate until it thickens. Although it is a relatively simple process that has been practiced for thousands of years, there is an art to it. You can alter the basic formula in an infinite number of ways to make it uniquely yours. This is how societies developed their distinct yogurt traditions. You can make yogurt with a variety of milk types (whole or low-fat; cow, sheep, or goat milk; or even non-dairy milk), with various bacteria types and combinations, and in a variety of vessels. You can strain it a small or large amount to remove the whey and thicken the final product. Additionally, you can add flavors, whether sweet or savory.

These variables have an effect not only on the taste and texture of the final product but also on its nutritional value. The yogurt’s nutritional profile depends on the type of milk used, the amount of sweetener added (if any), and whether the yogurt is strained. However, most yogurts are high in beneficial bacteria, protein, B vitamins, and calcium, and they fill you up without being high in calories.

Yogurt is made by fermenting milk with one or more strains of bacteria such as Lactobacillus acidophilus.

Some women use yogurt to treat vaginal yeast infections and vaginal bacterial infections.

Yogurt is also consumed as a food and is sometimes used in milk by lactose-intolerant individuals.

What Is Russian Yogurt?

The Russian style of yogurt is a pure and straightforward preparation. It has a mild flavor, low in tartness and acidity. Russian yogurt is not manufactured with common emulsifiers, preservatives, or emulsifiers. Not excessively thin or excessively thick. Consistency is gentle, and the mouthfeel is delicate. A one-of-a-kind blend of cultures originated in Russia over one hundred years ago. We can say that Russian yogurt is one of the more traditional kinds of yogurt – it deserves a spot in your kitchen if you want something other than regular, sweetened, or flavored yogurt. These classic yogurts are helpful for various recipes in the kitchen, too.

Bulgarian yogurt is not necessarily better than Greek yogurt. As there are many yogurt brands in the world, it’s best to check the nutritional label to see which brand is best, based on your needs.

One of the most frequently used bacterial cultures in yogurt worldwide is native to Bulgaria and is named Lactobacillus bulgaricus. So naturally, that strain is the primary one used to make Bulgarian yogurt, and it imparts one of the yogurt’s distinctive flavors. Bulgarian yogurt, sold in the United States under Trimona and White Mountain Foods, has a pleasant but decidedly tangy flavor and a silky but loose texture that is easily spoonable. Bulgarian yogurt, which is available in whole milk and low-fat varieties, is probably the closest texture match to what was sold as yogurt in the United States 20 years ago. In addition, due to the unstrained nature of Bulgarian yogurt, it retains all of the calcium and other nutrients found in the milk used to make it.

What’s The Difference Between Bulgarian Yogurt and Greek Yogurt?

Skyr yogurt is probably the thickest and mildest of the four yogurts we’re comparing. It is similar to Greek yogurt in flavor but milder, thicker, and less creamy.

Caspian Sea Yogurt contains cheese cultures, imparting a mild flavor with a slight tartness. Compared to Bulgarian, Greek, and Skyr, it has a thinner consistency.

Is Mediterranean Yogurt the Same as Greek Yogurt?

Méditerranée yogurt is a dairy product made with milk and cream. With the richest and creamiest texture available, this is yogurt at its finest. As we say, the crème de la crème.

This yogurt is extraordinarily creamy and contains 10% fat. It is free of gelatine and sugar substitutes. Plain or flavored yogurt that is thick and creamy in texture. The following steps are used to thicken it: separating the liquid portion of milk, adding milk solids and stabilizers, or starting with higher cream or milk fat content.