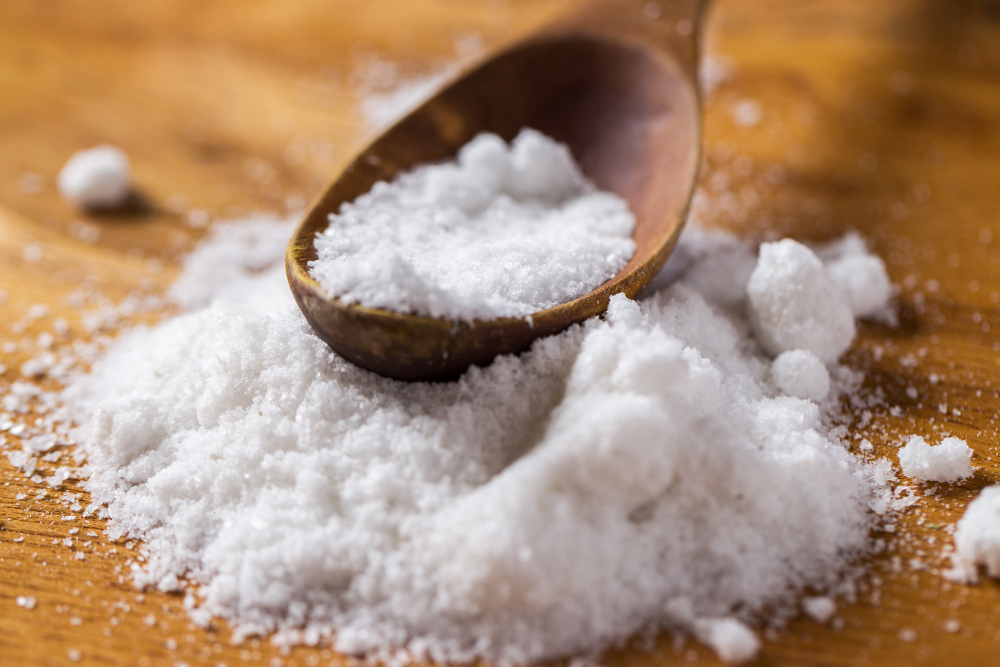 Cheese salt is nothing more than regular table salt that has been stripped of its iodine content. When it comes to cheesemaking, healthy bacterial growth and well-being are critical and iodized salt hinders this growth and well-being. In addition, the aging process can be drastically slowed down by using iodized salt. Because flakes are more easily digested and absorbed, cheese salt is often sold in flakes rather than grains.

In the cheesemaking process, salt isn’t just for flavoring. As a preservative, salt is an excellent choice for cheese. As a brine, salt can kill bacteria and other microbes that may be present in cheeses and enhance the flavor of cheeses by limiting the amount of moisture in the curds during draining and shrinking them.

Cheese salt is often a flaky, non-iodized salt commonly used in cooking. Iodine is not added to the salt because it has not been iodized. When it comes to manufacturing cheese, the non-iodized component is essential.

Adding salt to cheese enhances the flavor and aids in the preservation of the product as well. However, you cannot use regular table salt containing iodine to preserve the beneficial cultures and germs in your cheese.

What Kind of Salt is Cheese Salt?

Cheese salt is often a non-iodized, flaky salt. There’s no particular salt variant if it is unbleached and doesn’t contain iodine. Iodine is not added to the salt because it affects the cheese’s pasteurizing process.

You’ve probably observed that salt is utilized in cheese manufacturing recipes, both during the production process and in the aging phase. So it’s finally time to discover what it is.

When it comes to manufacturing cheese, the non-iodized component is essential. For both flavor and preservation, salt is a necessary ingredient in cheese.

Making soft cheese is a simple and cost-effective choice for those just getting started in cheesemaking, requiring only a few basic materials and equipment. One teaspoon of salt per half a pound for soft cheese serves as an excellent general guideline. Salt to taste after the curds have drained sufficiently to enhance flavor and extend shelf life.

Because coarser salt dissolves more slowly in brine, it should be used with caution when bringing hard cheeses. Brine must be prepared with the maximum amount of salt dissolved in water, affecting the finished cheese’s final flavor and quality. Cheese wheels can be sprinkled liberally with the salt they require and then rubbed lightly over their whole surface.

Can I Use Sea Salt Instead of Cheese Salt?

Flakes of cheese salt are made with non-iodized salt since iodine would interfere with the microflora, and fragments are helpful for salting surfaces. As such, both kosher salt and flaky non-iodized sea salt are viable alternatives for each other.

Minerals include salt, sodium chloride, and potassium chloride. The survival of humans would be impossible without the consumption of edible salt. Because salt has such a wide range of effects on food, it is nearly impossible to summarize its significance in cooking in a single sentence.

To make cheese, you need to have a combination of artistic and scientific skillsets. A cheesemaker’s senses of vision, sensation, and scent are nonexistent without accurate pH measurements and mold inoculations.

Since the domestication of animals, cheesemaking has been an important industry. The solid curd was preserved by pressing and salting it to keep it for later consumption after it was accidentally soured.

Cheese salt is nothing more than regular table salt that has been stripped of its iodine content. When it comes to cheesemaking, healthy bacterial growth and well-being are critical and iodized salt hinders this growth and well-being. In addition, the aging process can be drastically slowed down by using iodized salt. Because flakes are more easily digested and absorbed, cheese salt is often sold in flakes rather than grains.

Is Cheese Salt the Same as Sea Salt?

Adding salt will improve the flavor of your finished cheese, but it is not mandatory. If you don’t want to use salt, you can add fresh or dried herbs to your food.

Salting the cheese just before serving is a common cooking practice. When stretching the cheese, it’s best to have the ingredients measured out and ready to go to quickly and easily combine them. As far as herbs go, the same holds.

Casein protein in milk is coagulated during the cheesemaking process, and the resulting curds and liquid whey are separated. Salt, shape and leave to mature in a regulated atmosphere are all steps in making curds.

Salt is often included in the recipe to give the food some flavor. It also functions as a preservative to keep the cheese from spoiling throughout the extended age process, and it helps to produce a natural rind on the cheese.

There are numerous applications for salt. Salt can be added straight to the curd when the cheese is made to enhance its flavor and texture. You may use a cloth soaked in salt or brine to massage the cheese’s exterior. Like mozzarella, the cheese can be steeped in brine in the vat.

Do You Need Cheese Salt?

As well as helping to augment the flavor of cheese, salt is essential in cheesemaking because it helps control the growth of germs inside the cheese, regulates moisture levels, and helps maintain the cheese as it ages.

Cheeses are better prepared for aging when the salt draws out the moisture in them. Cheeses that aren’t adequately salted tend to be too watery. In addition, moist cheeses are more susceptible to mold and bacterial growth, both undesirable as the cheese ages. On the other hand, excessive salting can dehydrate cheeses and prevent them from maturing by inhibiting the growth of bacteria and fungi.

Salt has a distinct flavor and enhances the taste of other components. As a result, salted foods have less bitterness, are sweeter, and have more flavor, contributing to a more enjoyable eating experience. Surface salting and brining are two methods of salting. Both accomplish the same thing.

A skilled affineur knows how to treat each type of cheese to bring out the best flavor and texture possible. For example, some cheeses need to be rotated, coated with oil, or washed in brine or alcohol before being served.

Molds in the air impart a particular flavor to various cheeses. Several methods of introducing mold have been used by spraying or injecting the cheese.

The type of cheese and its intended flavor profile determine how long cheese is allowed to ripen. A cheese’s maturation process can take anything from a few months to several years, but it is ready for packaging once it is complete.

How Long After Drinking Coffee Can I Take Medicine