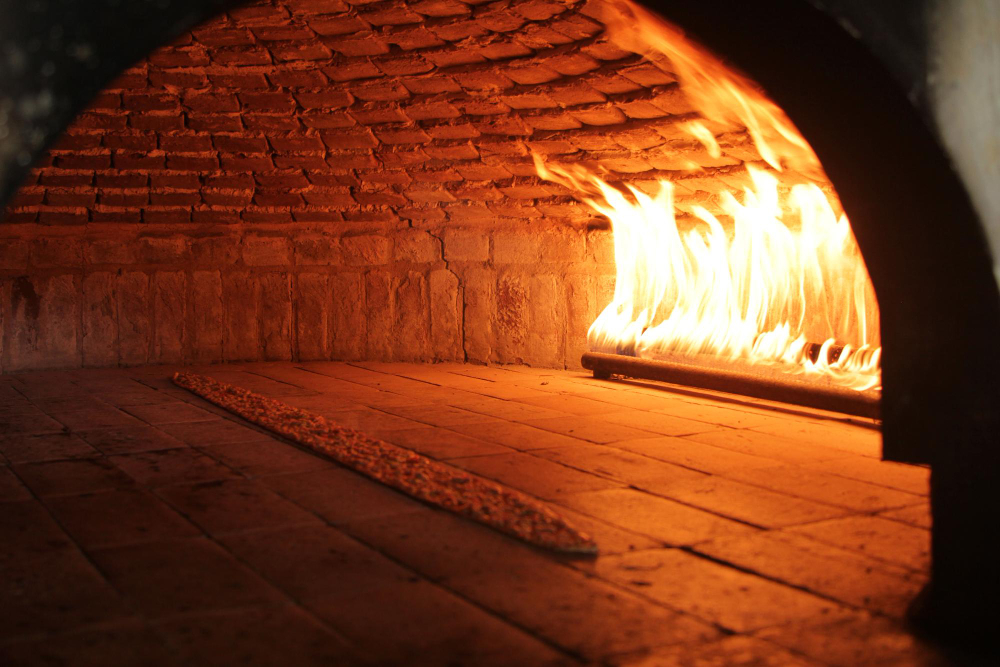 Can You Use Normal Bricks For Pizza Oven

The quick answer is yes; you can construct a pizza oven out of conventional clay bricks. As long as you’ll only utilize it sometimes, it makes sense to go with this option.

Anyone with little time and effort can build a pizza oven. However, when hosting a party or performing for children, they can be the center of attention.

Take out your pizza dough and make some homemade rustic pizzas. But first, you have to put the foundation in place.

Another question is, can you use regular clay bricks for this project? Is there a specific type of brick you need to build the oven walls? Can you use pavers for a pizza oven?

On the other hand, using fire bricks will result in a longer-lasting and slightly more efficient oven. You can learn more about this by understanding perlite vs. vermiculite pizza oven: which one is better.

Used to line fireplaces, fireboxes, and furnaces are blocks of refractory ceramic materials called “firebricks.” Because they can resist up to 1,800 degrees Fahrenheit temperatures, these bricks are not like standard masonry bricks.

Can You Use Regular Brick for Pizza Oven?

650°C is when clay bricks, or “ordinary” bricks, more often called, begin to decompose. To understand how a brick performs over time, one must look beyond how it responds to heat in a single instance.

It takes a long time for bricks to cool down after taking in a lot of heat energy. Cracking and flaking might occur as a result of the cooling process.

Make sure you keep an eye out for flaking or spalling bricks over time. Because hollow clay bricks are more susceptible to breakage, it is good to ensure that the bricks you are choosing are solid rather than open.

Clay bricks are the material of choice for many people, regardless of whether they have a surplus of bricks or work with a limited budget. Silica and alumina are more evenly distributed in clay bricks. You have 55 percent of silica and 30 percent of alumina in your mixture. There are also subtle differences in the oxides, making them appear less metallic.

Reclaimed bricks can be used this way, but they will not survive as long as new bricks. So it’s partially a matter of how much you expect it to be put to use.

Can You Make a Brick Oven with Regular Bricks?

Traditional style ovens are becoming increasingly popular due to their ability to increase a home’s value and character and create an inviting social setting for any occasion or gathering. Due to the popularity of wood-fired oven pizza, brick ovens are making a big comeback in mainstream culture today.

Concrete blocks are more likely to be on hand than clay bricks. But, unfortunately, there’s no way these will do the job. They’re incredibly brittle, and they’d shatter beneath the pressure of the oven.

Because they haven’t been burned, these tools aren’t yet hardened. They could also detonate, which would be disastrous. Concrete doesn’t sound like a tasty pizza topping to us.

As an inexpensive complement to a few summer events or for some lighthearted fun with the kids, you can make a DIY oven from clay bricks. Shelf life and a less efficient oven are the only drawbacks of using this appliance.

For a year-round facility, you should consider purchasing fire bricks. With many fires burning in them, they’ll last a long time and cook your pizza in no time at all.

The resistance to high temperatures of ‘regular’ bricks varies greatly. So you won’t have to worry about your bricks cracking or crumbling over time with fire bricks.

Can You Cook Pizza on Bricks?

Because of their non-porous surfaces, fire bricks are entirely safe to cook on when making pizza. Even if you don’t have a brick oven in your backyard, you can still get the same effect by using a few fire bricks and a grill.

When it comes to professional pizza-making equipment, fire bricks are extensively employed and considered more traditional than other materials. Brick oven enthusiasts of any nationality would be hard to recommend using anything other than fire bricks for the oven’s interior!

Clay fire bricks are used to construct the baking chamber, which can withstand extremely high temperatures. Using fire bricks produces a food-safe substrate and an unmatched random steaming effect by even the finest stainless steel ovens.

The oven’s heating capabilities are more important than the wood in a wood-fired oven’s cooking performance. For centuries, wood-fired ovens have been the best way to bake bread and other dough-based goods, such as pizza.

What Is the Difference Between Fire Brick and Regular Brick?

Perlite Vs. Vermiculite Pizza Oven: Which One Is Better

Do Plates Break in the Freezer

How to Buy the Best Cheese Grater?

The Top 3 And Best Skillets Without Non-Stick Coating 2022