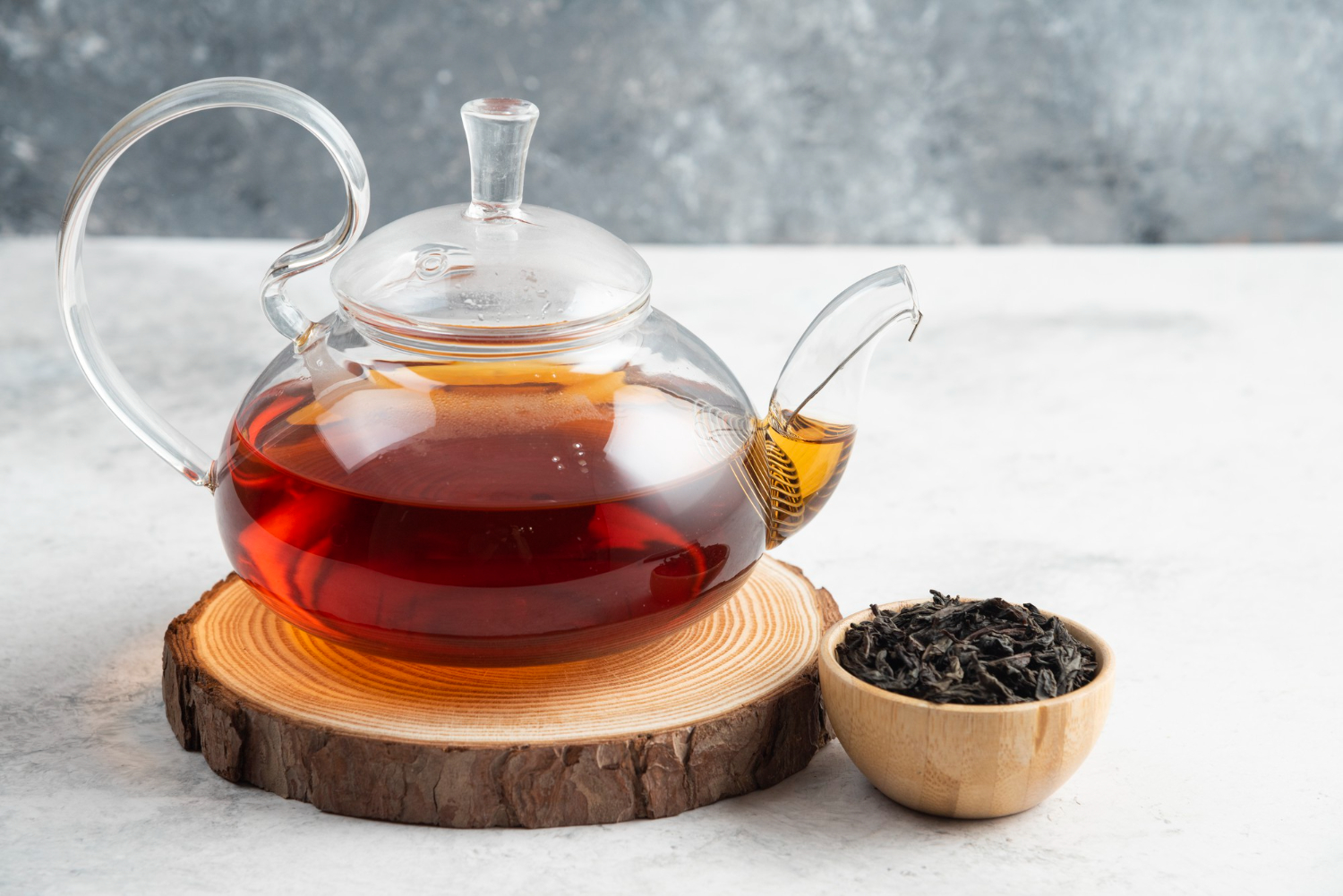 Food and beverage allergies can occur out of the blue, and just because most people don’t have an allergy to tea doesn’t mean that you can’t have one or you can’t develop an allergy to it. If you notice allergic symptoms after taking tea, you must stop your beverage consumption and speak to your GP about your condition. Allergies can develop even after years of consuming the same food, like tea, and you must take the symptoms seriously. For example, caffeine, an active ingredient of tea, can cause migraines or headaches, which can already be considered a form of hypersensitivity to tea and any other beverage containing caffeine.

Non-herbal teas, such as black, green, oolong, and white, have different proportions of the same ingredients. In some persons, these components produce allergic responses or sensitivities.

Herbal teas are produced from an almost infinite number of botanicals’ roots, leaves, stems, and flowers. When choosing an herbal tea, examine the contents list to ensure you don’t consume anything you are allergic to or sensitive to.

The Asteraceae (daisy) family includes several well-known teas. Chamomile is one of these popular teas. When swallowed or applied topically, chamomile has been associated with allergic responses on a few occasions. You may be allergic to chamomile if you’re allergic to any of the pollens and flowers.

Can You Become Allergic to Something Suddenly?

Allergies are not the same across groups of people or even across families. Suffice to say that people have their allergic profiles, and just because your relatives don’t have allergies to certain things doesn’t mean that you won’t develop allergies. Likewise, some folks frequently suffer from various allergies, while others seem to be completely unbothered even if they eat just about anything they like.

To understand why allergies happen, first, we have to know how the immune system works. The human immune system produces what is known as Immunoglobulin E or IgE.

Allergies occur in a range of sizes and colors. While some people enjoy being outside in nice weather, others avoid it like the plague. People who see others want an unending range of foods while being very picky may have the same situation.

To defend us from infections, the immune system makes various antigens. For example, the immune system produces immunoglobulin E, often known as IgE, to help you fight allergy symptoms. IgE is a signaling molecule that travels between cells to communicate the need for chemical defense against a foreign invader. Allergic people have elevated IgE levels in response to harmless environmental exposures like pollen or dander. IgE levels can also be raised by eating certain foods.

Immunological memory is a term used to describe how the immune system develops through time. This is usually a beneficial immunological response that allows your body to adapt more swiftly. This is what makes immunizations effective. However, with allergies, this reaction is amplified, and repeated exposures result in immune system overreactions. Sniffling, sneezing, crying, congestion, and exacerbated asthma symptoms are all indicators of an allergic response. In addition, each sort of allergenic substance has its own set of IgE antibodies. This is why you may be allergic to one or two foods or pollens while being able to tolerate others without difficulty.

Allergies can occur at any age, including adulthood. Adult-onset allergies can appear out of nowhere due to exposure to novel allergens in the environment, family history, and immune system changes. Peanuts, fish, shellfish such as shrimp, lobster, and tree nuts are the most prevalent food allergies among adults (almonds, walnuts, pecans, and cashews).

If you’re prone to adult-onset allergies, there’s no way to avoid them because you can’t possibly know every trigger that could produce an allergic response and then prevent it. Furthermore, some new study suggests that avoiding allergens makes individuals more prone to acquire allergies since the immunological system is exposed to more things.

Adult-onset allergies are allergies that first appear later in life. This could range from early adulthood, such as their 20s, through their senior years, when they are already past their seventies. These allergies are less likely to develop if you go through your twenties and thirties without producing any new sensitivities.

The oddest thing about adult-onset allergies is that an allergen that didn’t affect you yesterday can disturb you now. You could have been exposed to said allergy daily for years with no ill consequences. But, instead, around that allergen, you now have a runny nose, itchy eyes, and excessive sneezing.

If you’re susceptible to a particular sort of allergy but have never been exposed to that allergen, your symptoms may appear to appear out of nowhere. For example, assume you grew up without having any pets. You’d never realize you’re allergic to pet dander. Then your roommate gets a dog, and your sensitivities begin to flare up.

So, even if you think you merely woke up with allergies one day, there’s typically a medical reason for it. But, unfortunately, pinpointing that answer might be tough, especially if you’re only now becoming aware of an allergy you’ve had for a long time.

Allergies might also arise on their own in some situations. For example, you might notice dramatic changes or track a gradual shift in your reaction to a chemical. In addition, adult-onset allergies manifest themselves in a variety of ways in different persons.

How Do You Treat an Allergic Reaction to Tea?

When your body perceives that whatever it has come into contact with is “bad,” an allergic reaction occurs. Even if the product isn’t harmful, the body will activate defense mechanisms to defend itself. Most bodies are seldom “wrong” when they believe something is dangerous, but it is typical for some to respond negatively to natural substances that most others can tolerate.

An allergic response to black tea and other teas might cause the following symptoms:

Antihistamines stop seasonal allergies by reducing or blocking histamines when your body comes into touch with whatever your allergy is.

These medications effectively alleviate the symptoms of many allergies, including seasonal (hay fever), indoor, and food allergies. However, they are unable to alleviate all symptoms.

Can Bubble Tea Be Kept Overnight

Can Green Tea Change The Color Of Your Urine

Is Nausea a Symptom of COVID-19?