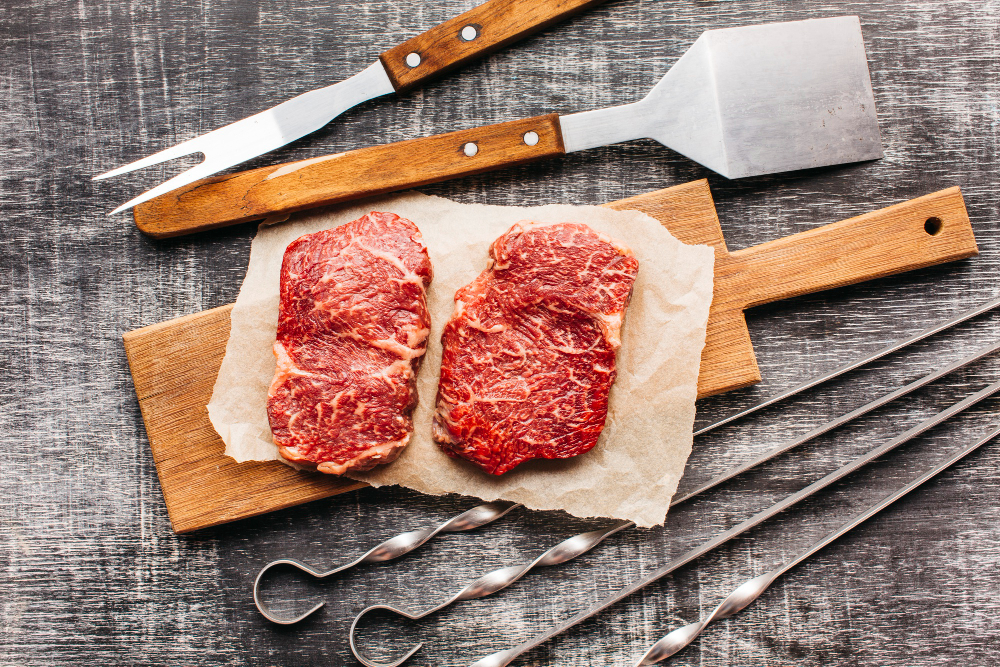 Can You Get Salmonella From Utensils

Even just being aware of how long do bamboo utensils last and that knives can cause contamination is critical. With this information, consumers are more likely to ensure that they wash them between uses due to that awareness.

Spreading bacteria between different types of vegetables can be done using standard kitchen equipment like knives. Age, health, and the power of one’s immune system all have a role in one’s susceptibility to infection.

Bacteria can move from one plane to another, resulting in foodborne sickness. You may want to know how can you use wooden utensils with raw meat. As a result, home cooks must choose between a superior cutting board that can withstand severe use and still looks good, like heavy plastic boards.

Preparing raw meat and fresh foods may require a separate knife and cutting board. This is because the same cutting instruments can be used to transfer salmonella when cutting raw meat.

There are several locations in your kitchen where bacteria can live and thrive, including your hands. Hands should be cleaned for at least 20 seconds with warm or cold water and soap; scrub the behinds of your wrists, between those fingers, and under fingernails in two cycles, followed by washing and drying using a clean towel or air. Rinsing and drying can also be done.

How Long Can Salmonella Live on Utensils?

It can last up to three days for a salmonella infection to manifest itself, but this is usually just a few hours. According to most persons, the most common adverse effects are nausea and vomiting.

People can contract salmonellosis if they come into contact with or eat salmonella germs. To reduce its size by making open incisions as well. An infection can be detected by symptoms such as nausea, vomiting, diarrhea, and a high temperature.

A salmonella infection can be life-threatening. When a condition occurs, the first signs of illness appear from six hours to six days later. Some of the symptoms include bloody diarrhea, a high temperature, and stomach cramps.

Without the use of antibiotics, the recovery time for the majority of patients is five to seven days. Some people, however, may need to be hospitalized or given antibiotics if they suffer from severe diarrhea.

Undercooked or uncooked animal products might contain salmonella. These are unpasteurized dairy goods, such as milk and cheese and poultry, fish, and other meats. Salmonella can also be found in fruits, vegetables, and nuts.

Staph infections caused by salmonella can occur if the injury is contaminated with bacteria from an unclean environment. Check for signs of contamination such as soreness, swelling, or a pus-filled cut. Pus may give the area a reddish, grayish, or greenish tint.

Can You Get Salmonella from Using the Same Knife?

Although salmonella can be transmitted through an open wound, it does happen. In addition, wound contamination can cause food poisoning-like symptoms.

Everything in the kitchen and residence is made up of utensils. Therefore, proper usage and maintenance of utensils are essential to their long-term usefulness.

Cross-contamination is a common cause of food illness, although it can be avoided. Approximately 600 million people worldwide are infected with a foodborne illness each year.

Cross-contamination can be avoided by thoroughly cleaning a knife that has been used on raw meat. In addition, when cutting boards show signs of wear and tear or have grooves that are difficult to clean, they should be discarded. However, in many areas, even the most thorough cleaning isn’t enough to eliminate the bacteria that could be harmful.

A chopping board or cutting block used to cut raw meat should be avoided. Your cutting board is vulnerable to food contamination because of the lacerations.

Washing your cutting utensils is the best method to avoid salmonella and other bacteria. Before and after using your knives and cutting boards, you should disinfect them.

Should You Change Utensils When Cooking Raw Meat?

When you cook something using a tool that has been in contact with raw meat, you risk contaminating your dish. Cross-contamination is the most prevalent way to become ill.

Recontamination of the dish is not an issue; as long as the food is still cooking, the heat will kill any bacteria. On the other hand, contamination is possible if a spoon rest or a plate has come into touch with raw meat.

What if I use utensils that have been sterilized in an oven or on the stove? There is a potential; however, the pan is only touched for a few seconds by tongs and other tools, which is insufficient time to kill any foodborne bacteria. From as little as a few measly bacteria, you can still get food poisoning after.

Can You Use Same Tongs for Raw and Cooked Chicken?

The majority of consumers do not equate kitchen tools with food safety issues. They think that food utensils have too little surface area to be concerned about. As a result, we occasionally cook with the same utensils we used to handle the raw meat.

The reasoning for this is that we believed that the heat generated by boiling food was sufficient to kill microorganisms that could cause foodborne sickness. But unfortunately, even those ordinarily careful about food safety underestimate the dangers of incorrect utensil handling when preparing raw meat.

Cross-contamination is by far the most common route of acquiring food sickness. For example, germs from raw meat can quickly spread to prepared foods and cause foodborne illness. As a result, the kitchen tool should not be utilized to handle cooked meat once exposed to raw meat.

Using the same kind of tongs to place raw chicken just on the grill and flip it is not intelligent; however, even if the utensil is contaminated, the primary food is at a safe temperature and is rendered safe in seconds; thus, the danger is negligible in practice.