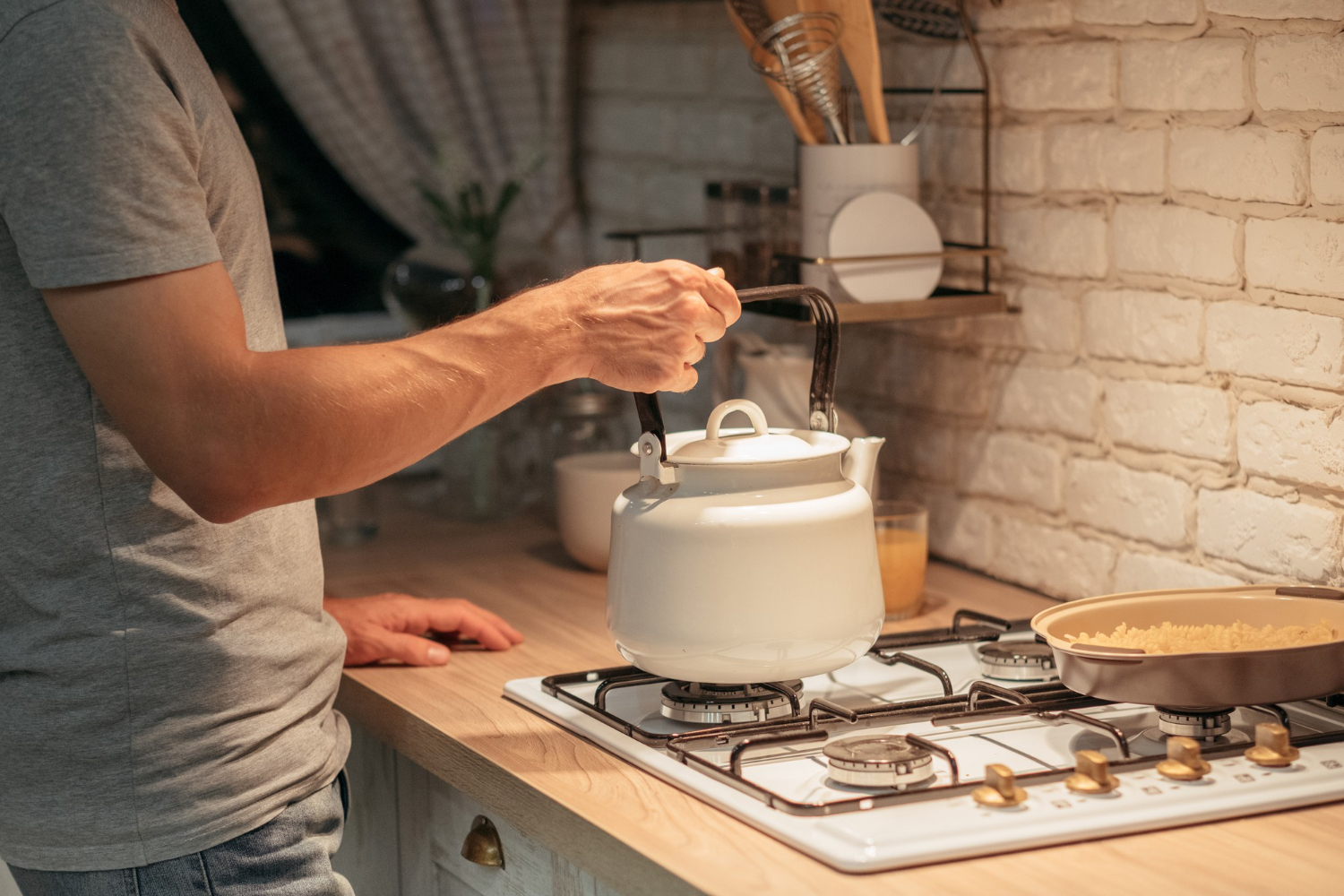 Is It Cheaper To Use an Electric Kettle or Gas?

As the most common kitchenware, having a kettle at home is already a given fact. While gas-operated kettles have been used through the years, the rise of electric-operated kitchenware or appliances has made the kitchen task faster and more efficient. Therefore, the best way to identify which type of kettle variant is the cheapest is to compute the actual price of the equipment itself and its annual operational cost.

With the increasing popularity of producing hot beverages like chocolate, tea, and brewed coffee—the need for the perfect kettle setup is a must-have for every home or office setting. The question revolts on a single question: what type of kettle should I use?

The answer? It depends! But in a general sense, you need to find the optimal kettle in terms of its cost, functionality, and other features that may or may not be present on other competing heaters. You also note that the operational costs depend on what part of the globe you lived in, wherein one power source is cheaper than the other—or even with the same price range.

Is It Cheaper to Boil a Kettle on Gas?

Electric kettle and stovetop kettle seemed to have more in common rather than their difference. The two also feature a thin spout that controls when the hot liquid is poured into various containers (cups, insulating vessels, etc.) Of course, both of these appliances are used to boil water at its optimal temperature.

Still, the two have their noticeable difference: the actual method of heating the water.

A stovetop kettle, for example, requires a heat source to boil its contents. In this case, it can be considered flexible kitchen equipment for you to have.

Electric kettle can be either detachable or on a single base—but the two variants need electricity to function. This kitchen appliance certainly provides multiple uses for your kitchen, which is essential for coffee enthusiasts that are mostly hands-on in their kitchen.

Do Kettles Use a Lot of Electricity?

With every appliance’s concern, different models and brands of the electric kettle have various electric consumption. But on average, the electric kettle has a range between 2 to 3 kilowatts. This means that within an hour of usage, you will only consume 2 to 3 kilowatts. This means that if you are paying 1 USD per kilowatt, you will spend 2-3 USD after an hour’s worth of using a kettle.

With all the appliances combined, electric kettles only provide a reasonably minimal energy consumption. However, leaving any electrical devices plugged for a more extended period will allow consuming electricity still. This is because all appliances require a minimal amount of energy to retain on their standby setting or when they are ‘turned off’ but still plugged.

Know the efficiency of each electrical heater. It is measured by dividing the amount of energy delivered to the liquid by the amount of liquid drawn as an energy source. Using this formula, we can compute the overall energy efficiency between electric kettles and stovetop variants:

To cut it short, electric kettles run a decent amount of electricity. More appliances operate on a more significant amount compared to this heater. For instance, a regular light bulb may require around 100 watts, which is 20 times smaller than the electric kettle. A flatscreen plasma TV, the later variety of it—can create a whooping 3.5 kilowatts after an hour’s worth of usage.

Which Is Cheaper to Run Electric or Gas Kettle?

As mentioned earlier, electric and gas kettles use different heating sources. This variation creates a contrasting difference in the overall operational cost. Indeed, gas kettles can be purchased less than half the price of a standard electric kettle. However, the computation of overall costing depends on the economic balance of each balance.

Given that both of the gas-powered and electric-powered shares the same balance, you can conclude the following:

The Best Knife to Peel Apples

The Top 3 And Best Saucepans Without Aluminum 2022

The 4 Best Brew Kettles for BIAB

What Do You Have to Concern If Buy a Smart...