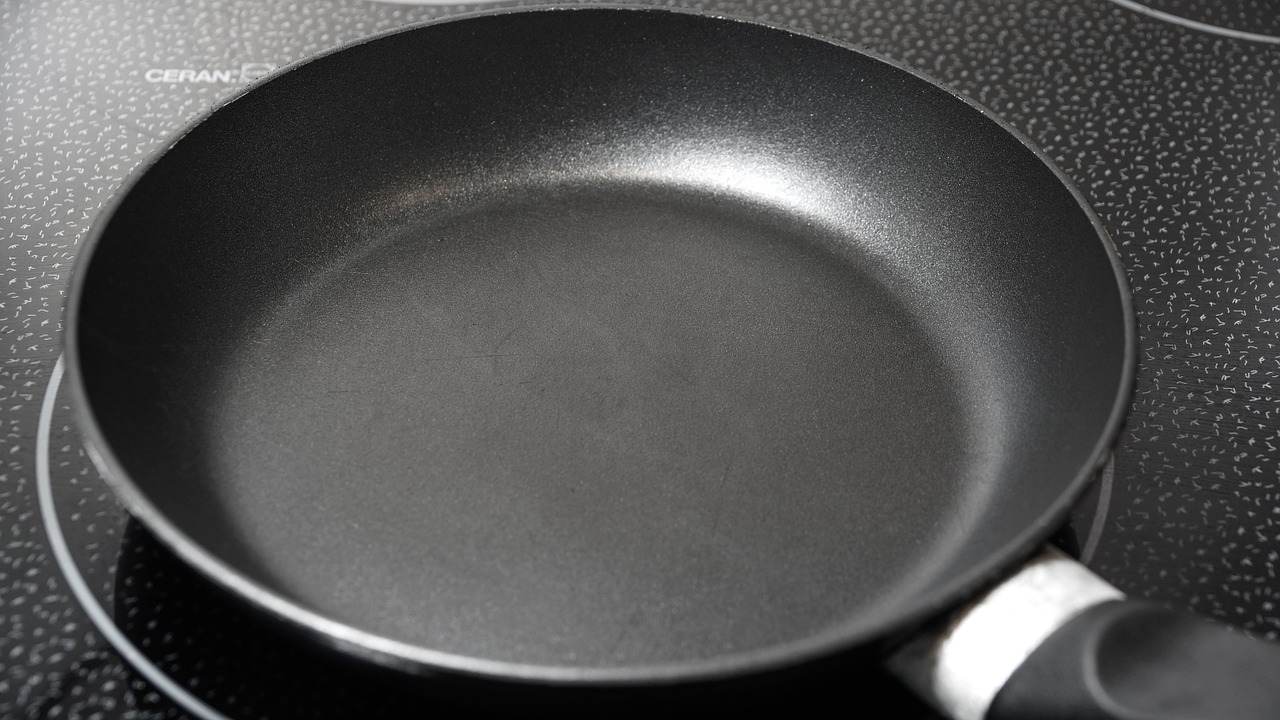 Griddle Vs. Frying Pan: Are The Same or Different?

Finding and working with the right cookware can be daunting if you don’t know the essential differences between similar cookware.

What Is the Difference Between a Frying Pan and A Griddle?

A griddle is actually designed as a larger cast-iron plate than your usual plate and is flatter to allow for easier cooking. Griddles are normally square-shaped. Some manufacturers break the evenness of the sides and make them more rectangular than square. Don’t expect any depth from griddles – they are meant to be shallow so that liquids will evaporate quickly.

The goal is to ensure even cooking of both sides of food regardless of the volume of food on the griddle in the first place. Since griddles are shallow and flat, you will not cook food that will have overlapping ingredients. Voluminous sauces are also a big no-no, for obvious reasons. Griddles are durable, flat, and can handle lots of food at a time. It is indispensable in the kitchen, especially if you have to cook for a large family.

Breakfasts can be a joy to prepare if you have a griddle at home, that is. Most modern griddles have slopes. These slopes help remove grease from pork and other meat. If you want to maintain your low-fat diet without sacrificing your proteins, we highly recommend working with a griddle instead of a pan or skillet.

Griddles can be used virtually anywhere and can be used for both dry-heat cooking and frying.

Yes, you can bring a griddle to your next camping trip because they work wonderfully when perched atop a cooking fire. Just make sure that you bring some cooking oil to grease the surface a little before placing fish, meat, or bread on top of the griddle. At home, the griddle’s purpose is to provide a large, flat surface for cooking eggs, hotdogs, bacon, and the like.

Frying pans or skillets in North America are designed for frying, mainly. The sides of a frying pan flare out to increase the frying pan’s capacity so that you can cook more food per batch.

Frying pans do not have lids, but you can certainly use one to avoid oil splatters while cooking at high temperatures. Modern frying pans also come with angled pouring spouts so you can remove excess oil or liquids from the inside before proceeding to serving the cooked food or refrying it.

Like the classic grill, the frying pan or skillet can be used at home and outdoors. As long as the material used for manufacturing the skillet is high quality, it shouldn’t warp at all, even if it is exposed to higher temperatures.

It is believed that skillets allow for more flavor to gather or merge because of their walls. Also, skillets need to be seasoned if they are made from cast-iron. Washing the skillet with soap and water will strip away the natural seasoning and likely result in rust.

There are so many great methods to use your frying pan or skillet at home:

If picking between a frying pan and a griddle is challenging for you, here is a quick tip: if you need to cook with lots of liquids, you need to work with a frying pan and not a griddle. The higher walls of the frying pan are adequate for keeping liquids inside. You simply cannot do this with a griddle, as it was not designed for large volumes of liquids. If you are drawn toward recipes that use more grilling than anything else, go for griddles instead.

Can You Fry On a Griddle?

Yes, you can use a griddle for conventional frying. However, suppose you are frying items like chicken legs or thick steak. It might not be the ideal surface as griddles are naturally shallow to allow for the quick dissipation of liquids during the cooking process. Griddles are designed to hold larger quantities of food at a time, but the food items have to cook with minimal oil, too, because griddles are far too shallow to hold any quantity of oil effectively.

Despite having limitations on how much oil can be used for cooking on a griddle, the griddle’s design allows fat to be rendered and removed more quickly. Griddles also have ridges on either side, and these can be used easily to add the necessary hatching marks on the surface of the meat if the griddle is used for grilling food. Flashing vegetables is also quicker and more effective with griddles.

The more you cook fatty food like bacon on griddles, the better surface quality you get in general for cooking. The fat that is rendered from bacon naturally seasons the griddle’s surface, making it more efficient.

How do you take care of your griddle?

Can You Use An Oven Without A Bulb

Why Is Cutlery Made Of Stainless Steel

How to Uncork a Wine Bottle Without a Corkscrew: The...

What Blender Does Jamba Juice Use?