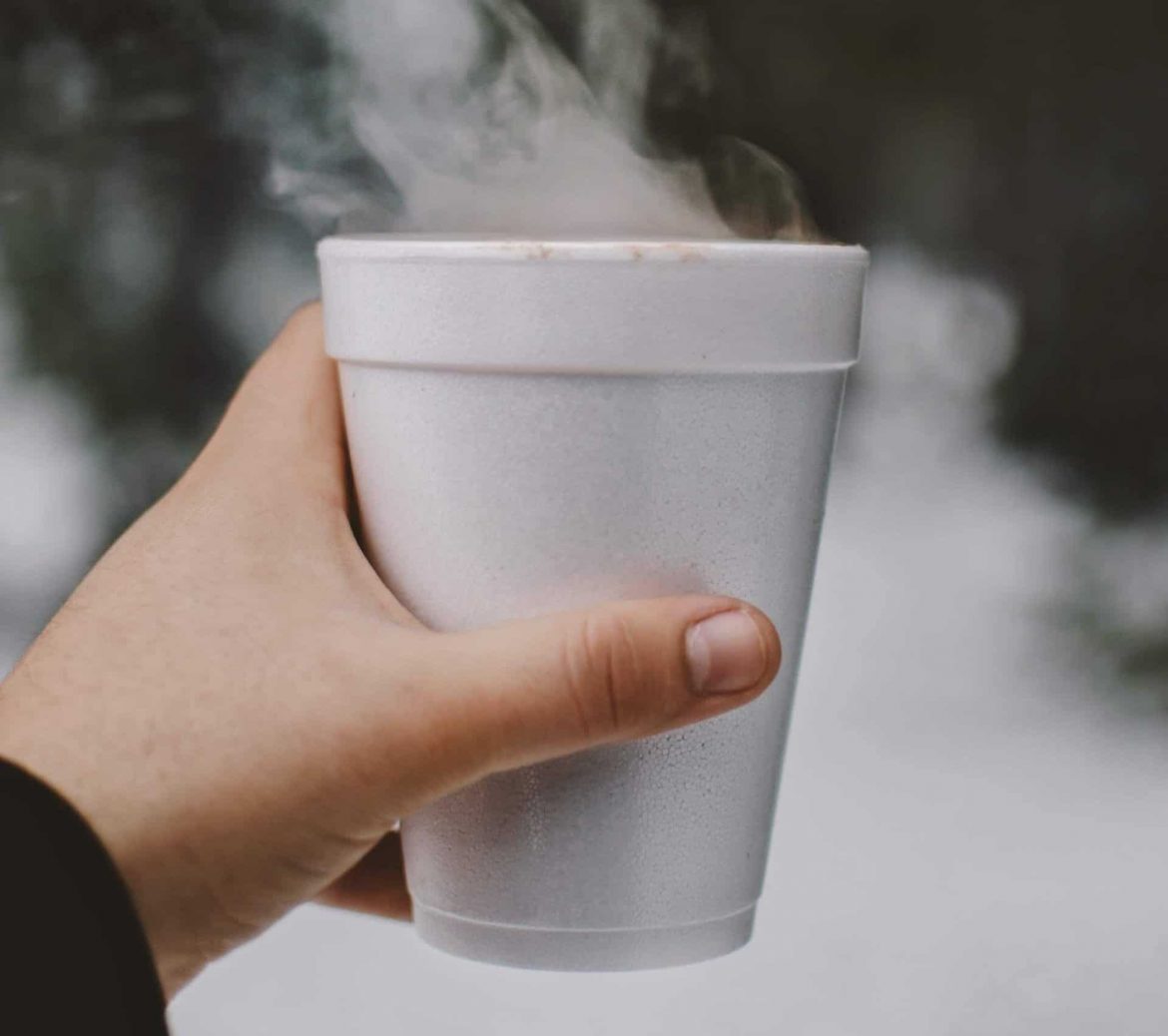 Can you put the Styrofoam plate in the microwave? Can you get cancer from microwaving Styrofoam? And more importantly – does Styrofoam cause cancer too? These are the essential questions that we will be tackling today, since Styrofoam is still pretty much being used around the world, and some people are using them to heat food in microwave ovens.

Styrofoam is a type of polystyrene foam explicitly designed to insulate. It is used not only in packaging food and beverages but also in house insulation, to keep homes nice and cozy.

Styrofoam is petroleum-based and made with a lightweight material that provides high insulation even though the end product is fragile. Believe it or not, Styrofoam is 95% air. But can you put it inside a microwave oven?

On its own, Styrofoam cannot be broken down by microwave radiation. You may see some deformation, but that’s it – if the Styrofoam is placed alone in the microwave oven.

The problem, however, with placing Styrofoam plates and bowls in the microwave is that the food inside them can melt them. Microwave radiation excites the individual molecules of food (especially liquids), and the sharp increase in temperature can easily cause Styrofoam to melt.

The result is disastrous: as the Styrofoam is melting, chemicals will leach into the food or beverage, which makes the food poisonous and unfit for human consumption.

But worry not: some Styrofoam containers are designed to work correctly in microwave ovens. Try to find the mark that says that the container is microwave-safe before you put your food or beverage in the microwave. Otherwise, ditch the Styrofoam because it will likely ruin your diet.

To answer this question, we’ve come up with a list of essential facts about Styrofoam:

How to Choose the Best Red Wine for Cooking?

How to Cool a Cake Quickly: Can I Use Fridge?